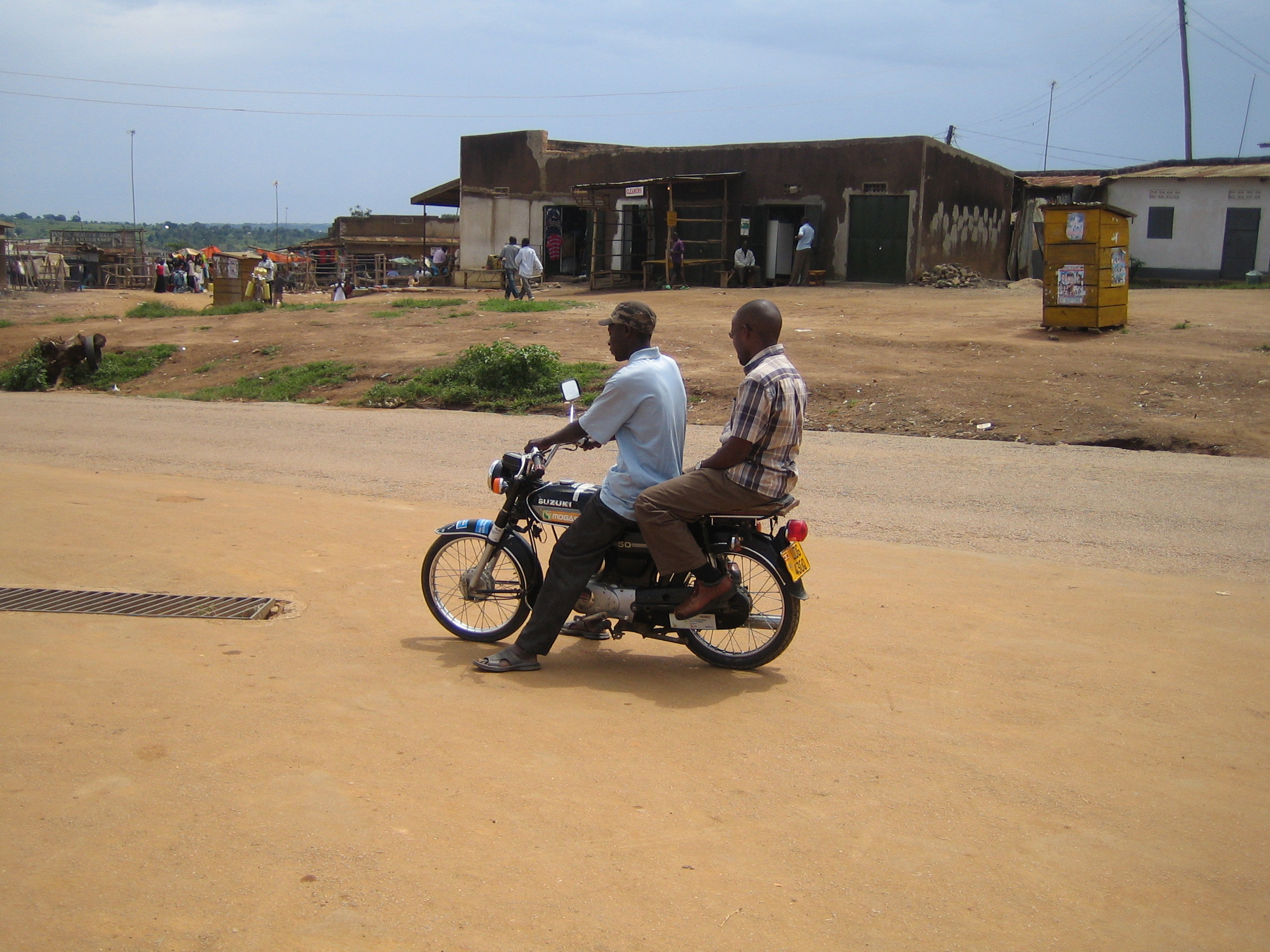 Jackson is a boda-boda[1] driver in the city of Kampala. When he first moved to Kampala, he started out by washing cars. In 2005, he was able to secure a job as a boda-boda driver, although he did not own the boda-boda that he was driving. Eventually, the owner of his boda-boda offered to sell him the bike. He was also willing to give Jackson a loan to finance the bike.  They came to an agreement where Jackson was asked to pay 1.5 million Ugandan Shillings (around $580) over the course of five months. Today, Jackson owns the boda-boda.

Jackson lives with his wife and two children. In general, he keeps his finances separate from his wife’s but he tells her exactly how much he makes every day (which is variable) so that they can plan what to do with his money. Jackson says that his wife does not increase her financial demands if she is aware that he has made more money on a particular day. She, however, does not tell him how much she has made as there is no such obligation given her family role and she is expected to earn less than him (if at all). She sometimes contributes towards household expenses, but usually towards inexpensive items such as changing the carpet, or buying cups and other utensils. Jackson’s wife sells clothes for a living, so she might contribute to the household expenses by supplying clothes to the family as well. Jackson’s current mobile phone, which is a dual-SIM phone and cost a 110,000 Ugandan Shillings (around $43), was gifted to him by his wife when his own phone was stolen. She gifted Jackson her old phone, while she bought herself a new one. They seldom use each other’s phones. However, she may use his phone if she is low on or out of airtime. He might use her phone to call someone, or send text messages to him/her, or even key in a number on his wife’s behalf if she is busy.

Recently, Jackson’s younger brother, John, sent his young daughter to Jackson’s home. Before this, the young girl was staying with John’s new wife. However, her stepmother was mistreating her which is why John dropped her off at Jackson’s place. Jackson takes care of all of his niece’s expenses. Indeed, he treats the child like one of his own. However, John did commit to at least paying for her school fees as this is a substantial cost. Jackson is also caring for another one of his sibling’s child. Due to the extra mouths in the household, his monthly expenses have gone up significantly.

Jackson also has a child from an ex-mistress who he still supports if and when he is so able to. If nothing else, Jackson ensures that he is at least able to pay his school fees. He seldom visits his ex-mistress or his child. Their communication is limited to the mobile phone; his ex-mistress will call and ask for money which Jackson, if he is able to, will remit over the mobile money platform. However, Jackson does not completely trust mobile money as he remains confused about how it works. His registration for mobile money has been pending for more than a year (it ordinarily takes a day) even though he has been following up with the service provider company regularly. Since Jackson isn’t registered for mobile money himself, he asks the mobile money agent to remit the money on his behalf. This is technically illegal, as mobile money agents are supposed to strictly cash-in/cash-out points. However, many patrons face difficulties with the completion of their registrations, and thus agents will remit the money for them. Typically they do so at the same service fees as those printed on the posters in their shops.

We wanted to peruse Jackson’s recent mobile records to get a sense of his voice, text and mobile money use. However, Jackson seldom uses text and hadn’t made any mobile money transactions recently. His ex-mistress had called him up recently to ask him for money. Jackson had to refuse her as he did not have any money he could part with. A few days later however, his ex-mistress turned up at his home with their child on the pretext of making father and son meet. In person, Jackson had to give her some money and other items such as soap.

We went through the calls documented in Jackson’s call log on his mobile phone. The following table provides a quick snapshot of the calls he both made and received, and the nature of the conversations.

Academic as well as industry discourse around money and mobile phones have remained focused on mobile banking solutions. But during our fieldwork in the summer of 2013, we were interested in gaining a more comprehensive understanding of mobile phones and money practices. To this end we carried out in-depth interviews with our respondents, and we also tracked their call logs through the course of the summer. In this case, Jackson’s call logs provide a mirror to his immediate social network, and the blurring lines in his relationships where his friend is at once his fellow savings group member or his customer or all three at the same time. In practice, social networks have been shown to provide informal insurance amongst low-income populations. Low-income individuals typically maintain a network of loan exchanges as protection against consumption volatalities, which might frequently be a daily occurrence in the face of uneven income streams. As his call logs demonstrate, Jackson is able to tap into his social circle, after a spontaneous assessment of his own requirements as well as the perceived financial capacities of his social network. A quick, inexpensive phone call can confirm this and save him an unnecessary trip. In much the same way, his social network may also reach out to him for, what is commonly known in Kampala as, “topping-up”.

In general, tracking the call logs of our respondents in Uganda and India has been immensely helpful in revealing their social networks, and therefore remains a valuable tool to better understand them. Moreover, we are specifically interested in mobile phone conversations, especially conversations about and around money, and what these look like. As Jackson’s profile reveals, these conversations are frequently about soliciting money. Of course, conversations that are not about money but are had with people who Jackson shares a financial relationship with (for instance, Fatuma, with whom Jackson has devised an informal, accessible savings commitment) are also interesting, as they might directly affect the nature of the conversation.

Banerjee, Abhijit V., and Esther Duflo. “The economic lives of the poor.” The journal of economic perspectives: a journal of the American Economic Association 21, no. 1 (2007): 141.

[1] Boda-bodas are motorized bikes and are a popular mode of public commute in Kampala. The driver may typically take one passenger as pillion, but sometimes is daring enough to take two passengers to their destination(s) at the same time.