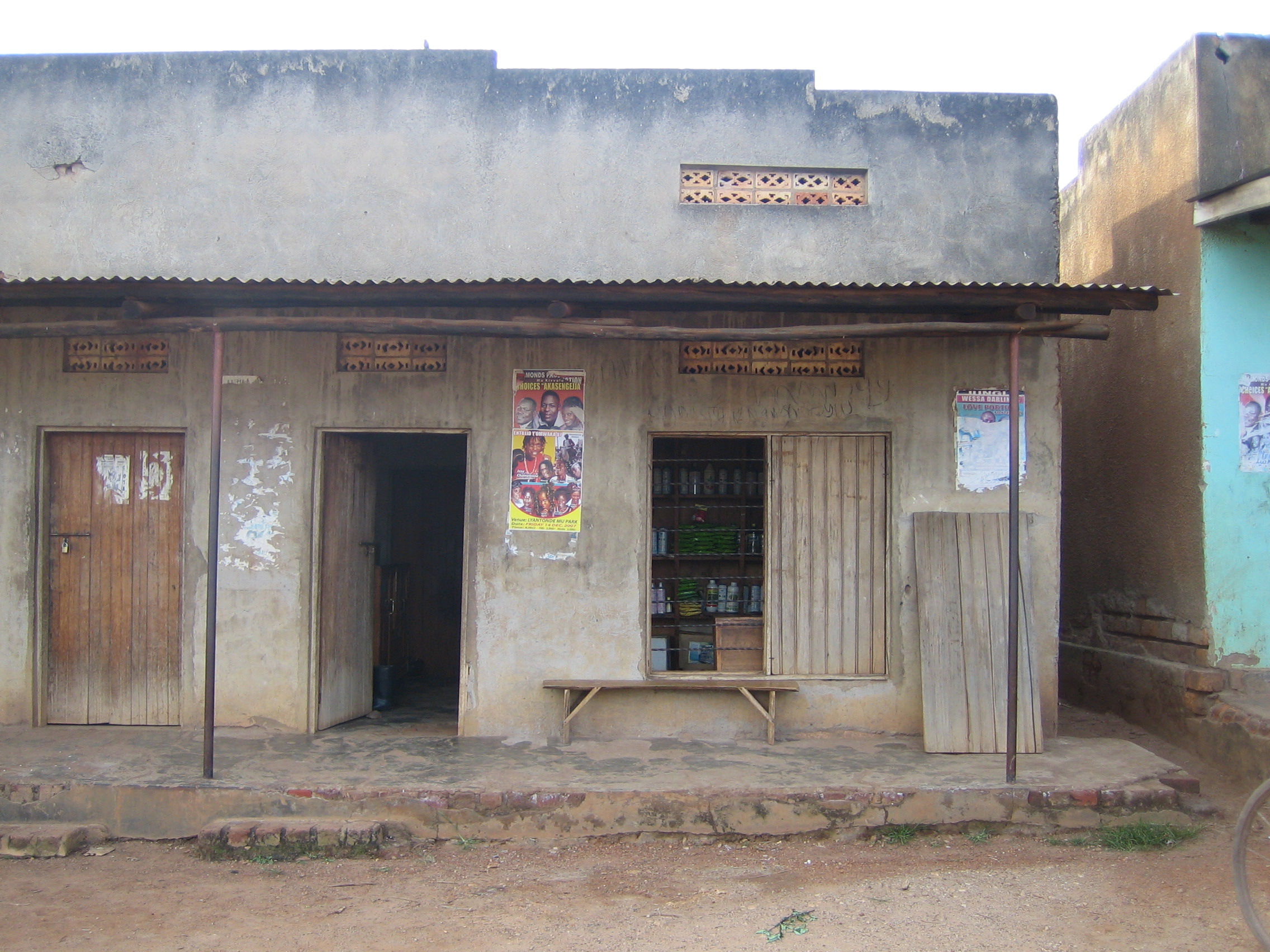 Agricultural extension services offer a model for disseminating information to farmers, generally through agricultural extension officers who are civil servants. Such services however are costly and limited in reach. In their absence, farming advice and support often come through local vendors of farming inputs. The hope that farmers will be willing to pay for pure information services has been contradicted by recent evaluations.

Ojore sells agricultural products. In his shop we observed pesticides, herbicides, and material for keeping grain preserved while it is being stored. He sells seeds too, but only during the planting season. He notes that people mainly come to buy tomato pesticides and herbicides. Some common problems he sees with crops include tomato blight and Irish potato blight. This is especially a problem during the rainy season. Maize also gets pests that attack it during the dry season and cabbage has this problem.

Some of the farmers he sells to buy on credit and pay them back when they harvest. He doesn’t, however, take crops as payment.

He has a mobile phone which he acquired to make work easier. He bought it so he could make contact with the people in his business. Customers call him to find out if he has the treatments they are looking for. If he doesn’t have that treatment in stock he can call the suppliers, find out the price and then call back the farmers to negotiate the price.

He keeps his knowledge of agriculture up to date by listening to agricultural programs on the radio. He loves listening to these programs. He also reviews his books from school from time to time. Since he started, agricultural practices have been forced to change due to changing weather patterns. Seasonal rainfall patterns have changed and affected farming. Farmers typically rely on weather forecasts broadcast on the radio.

He has his own farm where he has 6 cows and 8 pigs. Most of the time he’s here at the shop, but his family grows food for consumption. They have 4 acres and they use improved seeds on the land so that they can get big yields. He thinks the improved seeds work. He tries to advise other farmers to use the improved seeds. Sometimes they send some of the food they grow and harvest to their parents. They also plant maize as a cash crop. He owns the 4 acres he farms which he inherited from his father.